In the polling held in 8,624 village panchayats across for the election of members as well as sarpanchs on Tuesday on December 27 2016 about 80.12 per cent voter turnout.…

In the polling held in 8,624 village panchayats across for the election of members as well as sarpanchs on Tuesday on December 27 2016 about 80.12 per cent voter turnout was recorded.

Gram Panchayat polls are not fought on party symbols as candidates need to fight on their personal capacity and each voter is required to cast two votes, one to elect sarpanch and another for electing panchayat member for his ward. Votes are being counted manually as EVMs were not used in polls. 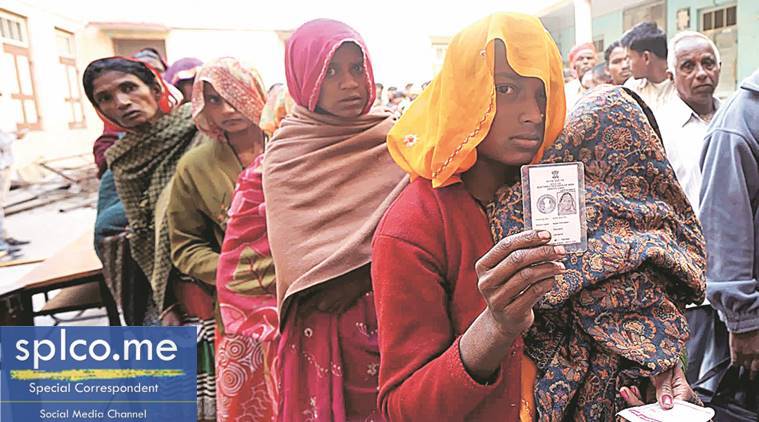 Congress said 6721 seats of total 8624 seats in 33 districts of Gujarat “78 per cent” elected sarpanchs are associated with the party some way or the other.

“Around 70 per cent sarpanchs elected today were directly or indirectly associated with Congress and its ideology. It’s very clear that BJP has lost this election. We are surprised about BJP’s tall claims,” .

He said rural voters are not happy with BJP, mainly because of the Centre’s demonetisation move. “It was a fight between Rahul Gandhi and Narendra Modi and it was Rahulji who came out victorious. Rural voters rejected BJP mainly because the note ban decision, which has crippled rural economy,” he added .

Whereas BJP announced conventions for elected sarpanches at different places across the state while the Congress declared that they would hold training programmes for its sarpanches. Also BJP felicitated more than 8,000 newly elected sarpanches in Gandhinagar.

The claim by both the Congress and the BJP that they have swept Gujarat panchayat polls is nothing apart from bragging ahead of Assembly polls in Uttar Pradesh, Punjab, Goa and Uttarakhand.

Why there was a media blackout of the poll results? if bjp could have won as they claimed being ruling party both in state and central they could have flashed it out right ?!

How can in a democracy system in India where poll counting that started on Dec 29th 2016 could got stopped when announcement of 2,891 out of 8,624 been made and then whole media never interested to disclose the outcome but gone in to stoic mouth shutting dot com mood .