West Indies, with six wickets in hand, needed 19 runs off the last over of the ICC World Twenty20 final at Eden Gardens. Marlon Samuels, on 85, had missed the last delivery of the penultimate over to leave Carlos Brathwaite, aged 27 and playing his eighth T20I, with the huge task. Nineteen of six balls? Surely you had to back the fielding side.
What happened next will become the stuff of T20 legend. In four balls from Ben Stokes, Brathwaite finished the game.When he connected on the fourth hit and sent the ball rows behind midwicket, the West Indies dugout cleared, the man of the moment was mobbed by delirious team-mates, and the firecrackers went off. .

R Ashwin became the fastest Indian to 200 Test wickets; Kohli the owner of the highest score by an Indian captain, and maker of the most runs in a series against England; and rookie Karun Nair, in his third innings, became the second Indian batsman after Virender Sehwag to make 300 in a Test, and the youngest Indian. This is a team that looks unbeatable at home.

India went unbeaten in 2016 and in its last match of the year went where no past Indian cricket had gone - to an 18th consecutive match without defeat. The world No 1 drew level with India's longest unbeaten run of 17 Tests, chalked up between September 1985 and March 1987, and in the final Test in Chennai they won by an innings to carve out a slice of history by breaking the record. Kohli's team last lost a Test in August 2015, to Sri Lanka in Galle by 63 runs. . 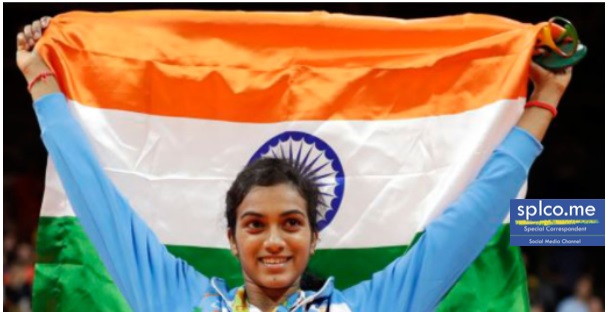 Following the surprise exit of former World No 1 Saina Nehwal to 61st ranked Maria Ulitina in her second match in Rio, it had fallen upon PV Sindhu to carry the hopes of Indian badminton at the Olympics.
In her first Olympics, the 21-year-old entered the pre-quarters with a grueling 72-minute win over Canada's Michelle Li 21-19, 21-15, setting up a very tough match against the London Olympics silver medalist Yihan Wang of China.
In the end, she beat Yihan - seven years older than her - 22-20, 21-19 to become the second Indian after Saina to reach the last four at the Olympics.
She then beat Japan's Nozomi Okuhara in straight sets 21-19, 21-10 in 51 minutes to become the first Indian in an Olympics badminton final. Saina's bronze four years ago in London.
Later in the year, Sindhu won her first China Open Super Series and then finished second at the Hong Kong Super Series.
On the biggest day of her career, Sindhu faced World No 2 Carolina Marin and never stopped fighting until the Spanish champion won gold. And yet it did not feel like Sindhu had lost, for in her hands was the biggest prize in the history of Indian badminton - an Olympic silver, to go past .

The Olympics gave fans of sporting excellence no shortage of opportunities to cheer. You only had to tune in each day during the summer Games to catch a glimpse of a host of memorable performances, but for sheer impact in bringing the world to a standstill, there was no greater athlete than Usain Bolt.
The Jamaican superstar added the 4x100m title to his 100m and 200m gold medals and became the first person to win all three events at consecutive Olympic Games. And he made it look easy, not in the least when, during the 100m final, he had time to turn his head left and flash a smile for the shutterbugs. It was arguably the defining image of the Olympics.